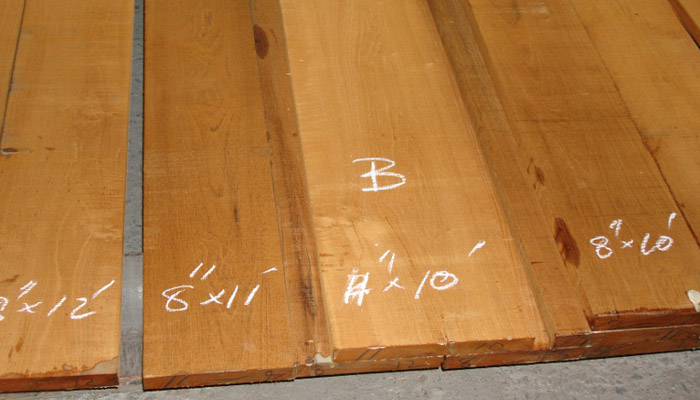 In April 2016, newly elected government officials in Myanmar banned all logging activities for the country. While Teak is a major species affected, other species would be included as well. In addition to a much-needed 10-year ban on logging in the Pegu Yoma region, a 1-year national ban was scheduled to expire this past March 2017; with export of actual logs already banned since 2014 and increased restrictions from the Myanmar government, the nation had already been making strides toward greater control. With sustainability in view, the government’s aims are geared toward the future of their nation’s logging industry.

Not all of those in Myanmar are thrilled with the extreme measures being taken, however. On May 14 and 15, 2016, the Myanmar government held a summit to discuss the impact of the logging ban. From lost jobs to related industries, the public outcry was intense. The summit resulted in a ban only on log extraction, not on exporting itself. Still with no proposed logging of Burmese Teak to take place until the Myanmar’s 2017-2018 fiscal year (when limited logging will resume), many Teak customers will have to make alternative plans.

Don’t Count on Any Teak

As much as we know our Teak customers don’t want to hear this message, it’s the one we feel obligated to deliver: None of us can count on any large quantities of Teak coming out of Myanmar anytime soon. While theoretically, already felled logs could be milled into boards and exported, we cannot count on any of them actually making it out of the country. When other species have undergone complete logging bans, any already felled logs were completely abandoned, right there on the ground, where they fell. Why? There was no one there to do the work, without any kind of job security.

At the same time, we realize that Myanmar’s economy is largely connected to the lumber industry, so the situation may actually take a different turn. However, no one can guarantee it, so we suggest not counting on any large quantities of Burmese Teak being exported before late 2017. So if you have any upcoming jobs that require Teak, we’d suggest buying what you need as soon as possible, before prices continue to climb.

Some boat builders have already begun using alternative species, such as Walnut; for those who don’t require the kind of water-resistant properties that marine applications require, we have some less expensive options to suggest. Afromosia offers an appearance similar to that of Teak; unlike Teak, though, Afromosia is in plentiful supply. Another favorite Teak alternative with a slightly different look to it is Alaskan Yellow Cedar. Alaskan Yellow Cedar is perfect for exterior projects and some boat-building applications, and it is available in a wide variety of sizes.

While we certainly don’t pretend to know the future of Myanmar’s lumber industry or how the legislation on logging Teak will change, we will be communicating with our suppliers in Myanmar and keeping our long-time Teak customers in the loop.

Learn More about the Lumber Industry

Since 1798, when Hugh McIlvain established a lumber business near Philadelphia, the McIlvain family has been immersed in the premium import and domestic lumber industry. With its headquarters located just outside of Baltimore, the J. Gibson McIlvain Company (www.mcilvain.com) is one of the largest U.S. importers of exotic woods.

As an active supporter of sustainable lumber practices, the J. Gibson McIlvain Company has provided fine lumber for notable projects throughout the world, including the White House, Capitol building, Supreme Court, and the Smithsonian museums.