Throughout the last generation, media has promoted the implementation of a deathly phenomenon; eating disorders. This prevailing disorder has taken the lives of thousands, especially young women. The foster of this psychological disease rests in the hands of media, which has captivated the idolization of a “picture-perfect woman.”

Eating disorders affect about 1% of America’s teens. Out of an average-sized high school class of 400, about four of the students are reported to having an ED. According to the South Carolina Department of Mental Health, it is estimated that 8 million Americans have eating disorders-seven million women and one million men. I wouldn’t advise focusing on statistics; reason being, eating disorders are a hidden disease. Statistics can’t draw a line between accuracy and estimation.

Understanding Eating Disorders:
Anorexia Nervosa: Individuals are diagnosed as anorexic if they refuse to maintain the appropriate body weight, and have an intense fear of gaining any more weight-even though they are underweight.

Bulimia Nervosa: Individuals who have recurrent episodes of binge-eating at least once as week for three months. Self-induced vomiting, misuse of laxatives, diuretics, enemas, or other medications; fasting; or excessive exercise may occur.

Binge Eating Disorder (BED): Also called compulsive eating; a type of eating disorder not otherwise specified. Characterized by recurrent binge eating without the regular use of compensatory measures to counter the binge eating. Often times, there is a dramatic weight gain.

Eating disorders arise from a variety of factors, including physical, psychological, interpersonal, and social issues. Media correlates to many of these factors with the phenomenon of being thin, attractive, and wealthy.

Help Available:
Fortunately, there are a variety of resources available for teens with eating disorders. Depending on how long your child has been dealing with an ED, additional help may be needed. First and foremost, talk with your child. Don’t lecture them about the dangers of eating disorders; rather, try to listen to them and let them know you understand. If your child admits to having an ED, you are taking a step in the right direction. Speak with your doctor thereafter, and check out National Eating Disorders. National Eating Disorders is an association that supports individuals and families affected by EDs, and serves as a catalyst for prevention, cures, and access to quality care. After reviewing the site, decide whether or not your child should be placed in an alternative school like a boarding school, a treatment center, part-time treatment center, or simply a counselor and group therapy.

Don’t wait until it’s too late. 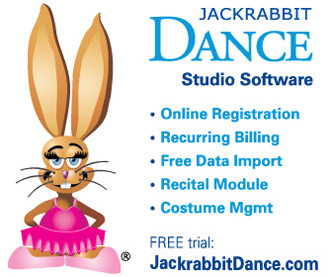