The duties of a Pastor in the church are numerous. They counsel multiple people throughout the week, write endless sermons, partake in various church committee meetings, and attend as many church events as possible. Many busy Pastors, though, are also parents. With busy schedules of the church and high expectations of their children, Pastors can often be difficult parents to get along with. Teenagers who are Pastors’ children often form resentment against the church for “stealing” the time of their parent. This can have an extremely negative impact on the teenager and can drive them to turn away from the church or even sever their relationship with God.

While every parent of a congregation wants their child to live and follow by the word of God, being a child of a Pastor can be hazardous to the spiritual health of the child. Pastor’s children often feel a lack of spiritual following during their teenage years due to a combination of unfair expectations of their parents and witnessing the struggles of the family. 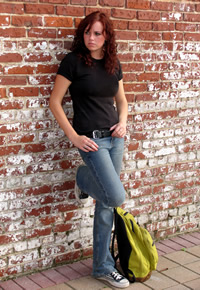 The stereotype of a Pastor’s child can be overwhelming for a teen to deal with. Rather than being expected to teach Sunday school and follow in their Pastor parent’s footsteps, many teenagers would rather just be… teenagers. They want to fit in with others, attend parties, go away to college, and be independent from the church. In general, teenagers just want to be able to make their own decisions.

Pastor’s children often feel like their church has placed a spotlight on them and believe that the congregation knows too much about their lives. Since no teenager is perfect, they can often be the topic of gossip and rumors. Many teenagers crave independence, though, so they do not want to be the topic of discussion among others outside their immediate family.

Instead of being miniature saints, most teenagers want to have the option to explore their own faith. Many children will follow in their parents’ footsteps in regards to faith anyway, but some need to carve their own path to get there. In time, they will likely return to the path of their parents.  But in the meantime, it’s important to allow them to make their own spiritual decisions. Of course you want what’s best for your child, but faith is a deeply personal choice. As such, if you try to force your teen to believe a certain thing, they’re likely to polarize and rebel by heading in a completely different direction. Instead, it’s far wiser to offer yourself up as an example of God’s love and to help guide your child with an understanding, gentle, and- above all- invisible hand.

Struggle on the family

A Pastor’s child also views the effects of running a ministry at home. Pastors are busy people and do not always have very much time to spend at home. And when they are at home, Pastors often bring with them congregation members or visitors who need assistance and a safe place to stay. From having a dozen strangers at the Thanksgiving Day table to bringing foster children along on family vacations, teenagers of pastors sometimes feel crowded by the effects of their parent’s job.

Many teens need more individual attention than the parent has time to give them. They crave to be a normal family like other teenagers they know. They want to be able to go out to dinner or the mall as a family without meeting someone the family knows. Naturally, the teenage years are difficult enough as things change in regards to their social, physical, and emotional health; and, feeling like your family is not 100% your own can significantly worsen negative feelings.

Pastor’s children do often become positive, role modeling citizens of the community, but the positive future can be difficult to predict through the tumultuous teenage years.